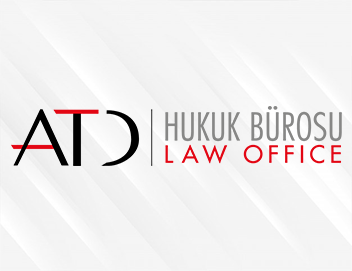 Concordat is an agreement between the debtor and the creditors to receive their receivables according to a certain plan and approved by the court as a result of the deterioration of the financial structure of the debtor. This concept appears as an institution where companies whose financial structure has deteriorated have the opportunity to pay by restructuring their debts. With the Law No. 7101, amending Articles 285 and the following provisions of the Enforcement and Bankruptcy Law numbered 2004 regarding concordat, debtor who is under pressure by their creditors is allowedto work and pay his debt as a result of the deferral of the debts of individuals and companies.

In other words, Concordat is anagreement enforcibly concluded between an honest debtor and a certain majority of its creditors under certain circumastances and which is effective upon the approval of the commercial court. Consequentlythe creditors waive some of their receivables against the debtors and / or give the debtor a certain period of time to pay the debt. It is a legal institution that allows the debtor to get rid of all of his debts by paying the accepted part of his debt within this period.

1- HOW HAS THE CONCORDAT INSTITUTION CAME ON THE AGENDA?

In the Official Gazette dated 30 January 2019 and numbered 30671, the «Regulation on Documents to be Attached to the Request for Concordat» and «Regulations on the Concordat Commissioner and the Board of Creditors» were published, and it was envisaged to enter into force on 30.01.2019. It is aimed to fill the gap that emerged with the abolition of the “postponement of bankruptcy” institution regulated in articles 178-179c of the Enforcement and Bankruptcy Code and applied since 2003. With these amendments made for the said purpose, it was aimed to make the concordat institution functional again, taking as example the most recent changes made in the Swiss Law in 2013 and entered into force on 01.01.2014.

2- WHERE IS THE AUTHORIZED AND COMPETENT COURT IN THE CONCORDATAPPLICATION

1) For the debtor subject to bankruptcy, it is regulated in the Enforcement and Bankruptcy Code. Art.154/1 and 154/2 which set out that

2) For the debtor who is not subject to bankruptcy, it is the Commercial Court of First Instance in the settlement.

3- HOW TO APPLY TO THE CONCORDAT AND HOW DOES THE PROCESS GO?

Before applying for concordat, a pre-project for concordat must be prepared by a specialized technical team (a team of lawyers, executive and bankruptcy law professors actively working at universities and financial advisors) with whom our office co-operates this process.

The Concordat Preliminary Project is a document that shows the amount or term to which the deptor will pay his debts, to what extent the creditors will give up their receivables within this scope, whether the debtor will sell the existing goods to make payments, the necessary financial resources for the debtor to continue his activities and make payments to the creditors through capital increase or loan provision or it will be provided by using another method and is presented to the court in the annex of the petition for concordato application. It is presented to the court together with the project  assets, the documents showing the creditors and the receivable status, the table showing the success of the concordat and the audit report giving reasonable assurance.

After the preparation of this project, a concordat application is made in the relevant commercial court of first instance by adding this project to the case petition and depositing the necessary court advances and fees.

The court that receives the application, if necessary, examines it ex-officio or immediately submits the file to an expert or expert committee, to examine the case petition and the concordat preliminary project, whether the mentioned issues and the project reflect the reality.

In the event of a positive result either in its own examination or in the examination of the expert, the court will immediately stop all the enforcement proceedings opened or to be opened against the applicant during the temporary deadline by giving a 3-month Provisional Deadline Decision and a Preliminary Precautionary Decision to put the applicant under protection, and also the court It decides to appoint “trustee in composition” to manage the applicant in this process and to submit monthly status reports to the court. The fee of the Concordat Commissioner to be determined by the court is paid by the applicant to the concordat. The temporary grace period is three months. This period can be extended for two months by the court upon the request of the concordat commissioner or the debtor.

With the expiration of the temporary respite, in accordance with Article 289 of the Execution and Bankruptcy Law: “In order to make a decision on the final deadline, the court invites the debtor and the creditor, if any, requesting concordat, to the hearing. The provisional commissioner submits his written report before the hearing and, if deemed necessary by the court, the trustee in composition is present at the hearing to receive his statement ”. According to this regulation, the court examines the reports received from the trustee in composition or decides that the applicant passes to the Final Term of Concordat which will last for 1 year. If s/he thinks that the applicant cannot succeed in this process, s/he refuses the concordat application. In case of rejection of the application, if the applicant is deeply in debt, a bankruptcy decision is issued for the application. Again, if the application is rejected, if the applicant is not deeply in debt, it continues its activities from where it left off. If there is a possibility that the concordat will be successful, the court decides to give a definite deadline to the debtor. With this decision, the court decides that the temporary trustee in composition/commissioner or commissioners should continue their duty, unless there is a situation requiring a new assignment and submits the file to the commissioner. In addition, the concordat is announced as a definite deadline decision.

After the final deadline is decided, the creditors are invited to declare their receivables within fifteen days from the date of announcement by the commissioner. The commissioner invites the debtor to make a statement about the claims claimed. The commissioner makes the necessary examinations on the books and documents of the debtor about whether the receivables are real and states the results in the report.

In addition, a board of creditors may be established by the court with the opinion of the commissioner, provided that it does not exceed seven creditors, no fee is appreciated and in an odd number, with the decision of the court or within the definite deadline. Creditors that differ from each other in terms of legal nature and pledged creditors, if any, will be equitably represented in the creditors board.

4- WHAT DOES THE APPROVAL OF THE CONCORDAT MEAN?

After the expiry of the final deadline, the party applying to the concordat can request the court to approve its concordat, claiming that this process was carried out positively by it. The conditions sought for the approval of the concordat are as follows:

In the approval decision of the concordat, the extent to which the creditors give up their receivables and the schedule within which the debtor will pay his debts are stated.

The decision may appoint a trustee to ensure that the approved concordat is carried out. In this case, the trustee reports to the court that made the approval decision every two months on the status of the debtor’s business and whether it retains its ability to pay its debts in accordance with the project. The creditors can review this report. The approval decision is announced by the court and notified to the relevant places.

5- HOW LONG DOES THE CONCORDAT COURT PROCESS TAKE TOTALLY?